Assistance from Pharmacist Support can come in many different ways to suit the needs of the individual. The following stories highlight the many ways in which we have responded to the needs of pharmacists, their dependants and pharmacy students who have found themselves confronted by difficult circumstances.

Illness, stress, bereavement and unemployment can affect all of us at some stage in our life. Following a bad accident, leaving her with multiple fractures, Maria was informed that it would be 4 – 6 months before she could return to work. As a locum with two children and a husband who was also self-employed, this left Maria and her family in a very difficult situation, with neither parent eligible for… Read more

“I was in tears every day, I felt constantly humiliated and undermined and this had a terrible effect on my health and my family relationships. I resigned from my job because I felt that I had no choice and whatever the final outcome of my
case, I can now begin to get my life back together as someone has validated what happened to me and is seeking justice on my behalf.” Sam is a preregistration trainee. He failed his first attempt at the exam and was unable to secure an extension to his current placement, or to find other work to support himself, his wife and child through the summer months. Due to the location of his placement, Sam had been living away from home which meant… Read more

“Initially, just being able to talk to someone who listened, empathised and contacted me when they said they would was brilliant.

When my daughter’s problems became really bad I had to seek help, as I thought she could die, she had collapsed at home, stopped breathing, was often falling and hurting herself and her existence was in danger. I am very grateful for the help for my daughter and myself and dread to think what the situation would be if you had not been there.”

When a partner falls ill

Following a year out of work due to illness, Lucy’s husband Paul was finally diagnosed with a very aggressive form of cancer. At this point Paul began intensive chemotherapy treatment and Lucy quit her job to become a full time carer. “I was in great need of advice and support in what were very pressured… Read more

A housing association in a city in the north of England contacted us when they realised that a man they were about to evict from one of their houses was an ex-pharmacist. The man, who was being evicted because the council wanted to demolish the property, did not have security of tenure. He also suffered… Read more

The people left behind

A widow of a pharmacist with two small children approached us for assistance with benefits advice. During a conversation with our specialist adviser it transpired that a large item of expenditure went on fuel for her car in order to take her laundry for washing twice a week – her machine was broken and she… Read more 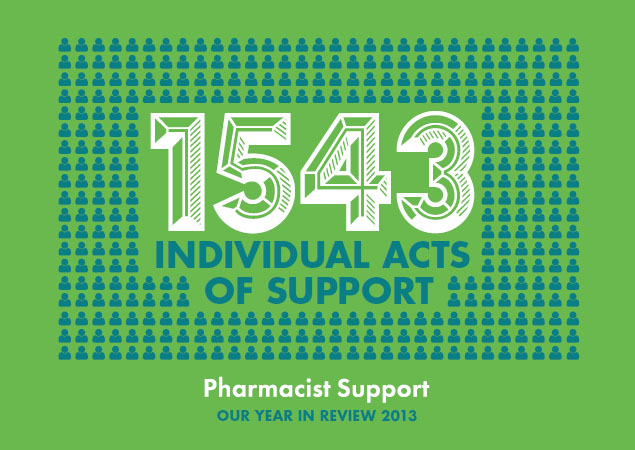 Read about the charity's latest achivities and the positive impact of our support. Take a few moments to feed back to us on how we’re doing.